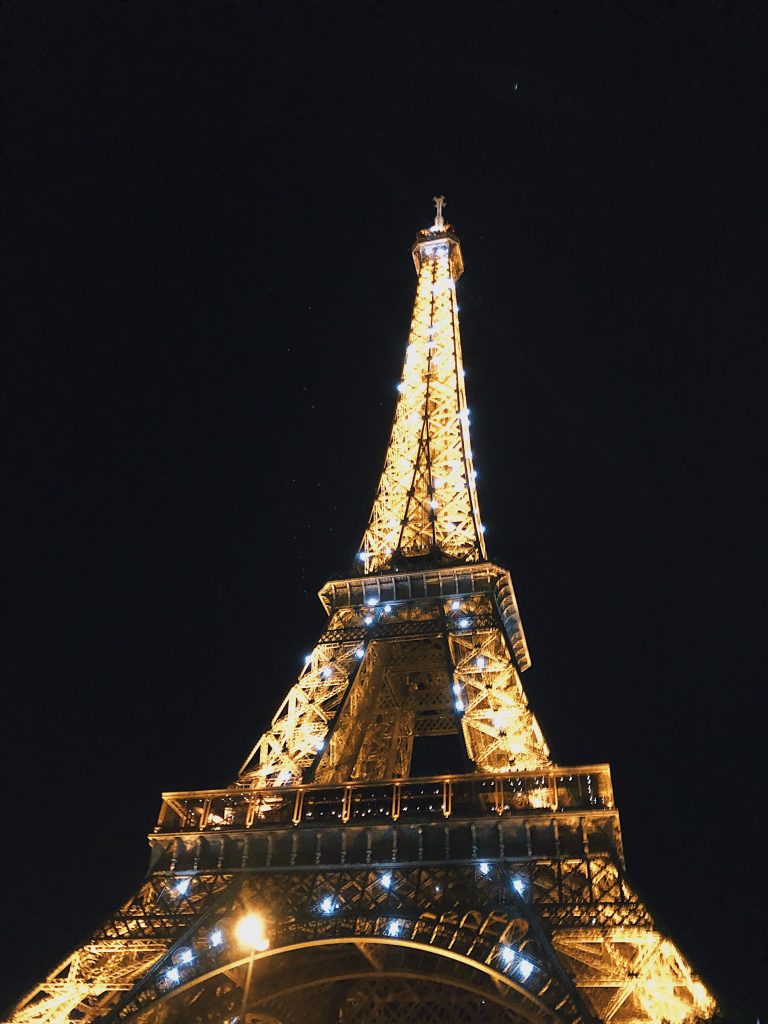 Paris Fashion week is a time for bold street style, runway shows and nights spent at trendy hotel lounges. If you haven’t been to Paris during fashion week, it is an experience everyone must have!

(Even if you are only part of the street style scene.)

Fashion Week for the First Time

This was my first time at Paris Fashion Week and it was more extravagant than I ever imagined. And if you have been to Paris before, trust me it is nothing like Fashion Week. Even if you are not in the fashion industry and don’t attend any shows, it’s an experience you will love because the streets are buzzing with fashion industry stunners.

If you hang out around Place Vendôme (a large square in Paris where a ton of fashion shows take place), you will be in the heart of the fashion crowd.

There are several places you can people watch to see fantastic off duty street style. Grab an espresso at a local cafe and people watch all over Paris. Luckily I was able to get into some fashion shows and they were exceptional to say the least.

Talk about location, the venue was incredibly stunning as you can see below. It looks like a mini Palace of Versailles with gold accents on the walls, massive windows from the 1800’s and chandeliers decorating every room.

The entry of Hotel D’Evreux was lined with a red carpet and attendees dressed to the 9s, smoking cigarettes just waiting for the show to begin. The entire square is buzzing with designers, photographers, bloggers, models and other fashion industry professionals. It’s quite the scene.

Place Vendôme is massive, circling the entire square of the street. Several different production companies and designers host runway shows at Place Vendôme and there are different hotels within it, including the famous Ritz Carlton, where Earnest Hemingway used to frequent.

Now it’s serves as a mini city just for the fashion industry.. or so it seems! Once I got inside, I somehow maneuvered my way to a front row seat.

The show was absolutely stunning. From the music, to the venue, to the insanely gorgeous collections from the designers, I was totally blown away. The show started at 10:30 AM with the “Ready to Wear” designers. This included Miriam Budet, Vanessa Gounden, Fransisco Saez and Paulina Canas. The photo below is from the Vanessa Hounden collection.

The first show was amazing, but as the day went on, the shows became more and more crowded. Apparently thats how it works. Typically the later the show, the bigger the designer.

The next show was at 1:30pm for the “Modest Designers”.

For all of my muslim friends out there, you must check out these designers because their collections will blow you away with creativity. The designers for this show included: Jeny Tjahyawati, Lia Afif, Sisesa, Ratu Anita Soviah and Nila Baharuddin. The below photo is from the Lia Afif collection (so gorgeous). Game of Thrones should make her their new costume designer… 😉

Next up was the 4:00 PM Avant Garde show… which I missed! Honestly it’s just so many shows in one day you hardly have time to eat and rest between them. I’m a little bummed because it was supposed to be a great show.

These were the designers: Samuel Kaiser, Shih Yulin and Kentaro.

On that little gap of off time, I went back to my hotel, ordered room service and lounged for a couple hours before heading out to the next show. The woman hosting the show warned me to arrive early because this one would be packed. The 6:30 Couture show.

It was definitely the most stunning show of all. The gowns brushed the crowd as they walked the runway.. that’s how puffy and extravagant some of the pieces were. The designers for the Couture show were: Maison Louella, Melia Wijaya, Sara Onsi and Glaudi.

The gown above was from Glaudi… that is a real life Cinderella dress if I’ve ever seen one.

There was one last private show (I thankfully was also invited to) for the wonderful designer Isabell Kristensen. She had a champagne reception after the show where I was able to meet several professionals from the fashion crowd as well as the models who were in the show.

Hungry? Grab a bite at the Ritz Hotel or at Hotel Costes for the fashion industry after hours spot– prime style spying!

If there’s one place to spot designers and their supermodel friends, it’s Hotel Costes. I met several people on my trip, all telling me,

“You must go to Hotel Costes, it’s where everyone goes for fashion week!”

So I guess I needed to see this place! I walked into the gorgeous building and walked right up to the hostess. When she saw me she asked “do you have a reservation?”…

I quickly responded “no…” but looked around and there weren’t many people in the place (it was still early). She quickly began yelling at me something along the lines of:

THIS IS FASHION WEEK! You need a reservation! Here… take a business card and make a reservation next time, I can sit you inside but not outside!

I think she liked me! 😉 Once we were seated, I ordered Champagne and the truffle Risotto. My boyfriend ordered the King Crab. I must say, the food is as exceptional as the fashion.

If you’re looking for a bougie fashion scene, Hotel Costes is the primary spot.

Even the waitresses are dressed up for fashion week, with designer handbags around their arm as they wait tables in stylish dresses. Hopefully the outfits are at the hotel’s expense and not the servers!

The nightlife at Hotel Costes is like a fashionistas dream. Stylish people of all ages swarm the room. The outfits, makeup and hair… totally impeccable. It feels like falling into a fashion catalogue. You can see me below at Hotel Costes striking my best bougie pose.

Pro tip: The later in the evening you go, the bigger the fashion scene and the better the people watching.

We ended up eating at Hotel Costes twice that day.

It Comes But Twice A Year

I am back home in Los Angeles and already miss Paris tremendously. Paris during Paris Fashion Week is truly an experience I will remember forever, you won’t regret going! xo